The Continent of MU was once a flourishing empire, located in the Pacific Ocean, to the west of the Americas. Now, much time has passed, and the millennium-old empire has completely lost its control. While the power of the central government continues to wane, feudal lords have become obsessed with power, destroying the once beautiful land. Civil wars have crumbled what strength remains of the government and its armed forces.

The burning ambition to control the land of MU seems to have become it's own death. Antonias, a well known feudal lord, was once easily deceived by an evil sorcerer, Lemuria. Through Antonias' own obsession, Lemuria was able to dupe him into resurrecting Kundun, the Devil of Darkness! Kundun is a fearsome beast with the power to summon gruesome monsters against the continent. The monsters are being summoned much to quickly to be diminished by the empire's now weak armed forces. Much of the society has either been killed, recruited, or simply risked their lives to try to leave the continent. Now, much of whom remains are merely warriors slaying monsters for experience and loot. The last hope for MU is to seal away Kundun. The 10 Sealing Stones must be retrieved, and only then can the demon, Kundun, be sealed away once more! If one can manage to seal Kundun away, there will surely be hope once more for MU.
Advertisement:


Over a millennium's time, the Continent of MU had advanced and developed into an empire of great strength and government. The continent thrived with great power, setting in the Pacific Ocean, to the west of the Americas. With great strength, came great knowledge. High priests had written a Great Prophecy, known as the Secromicon, which had foretold a warning about the future of MU. Although it was an observed and respected article, the events foretold would become inevitable. Eventually, the Continent of MU fell into overwhelming chaos when great leaders, who had once controlled the continent, were greeted with overwhelming forces from feudal lords. As such, the central government began to crumble quickly, as internal strife and warfare of these "power hungry" feudal lords brought the kingdom asunder. 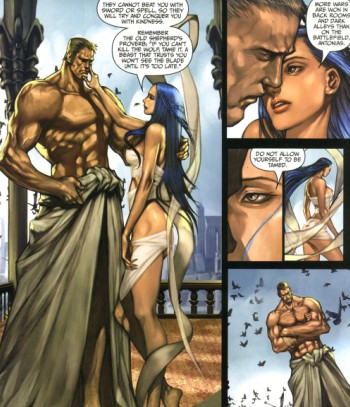 The millennium of peace and bounty which once was, is now a mere memory as darkness stains the land with blood. The outcome from civil wars have laid waste to the once beautiful land. To this day, the shedding of blood has no end. Feudal lords are endlessly building forces in attempt to re-establish what once was, but under their own rule. A popular feudal lord, known as Antonias, was duped into resurrecting Kundun through to his own obsession for power. Lemuria, an evil sorcerer, used Antonias lust to easily manipulate him into doing deceiving tasks for her. Many millenniums ago, Kundun, the Devil of Darkness, had been sealed away with mighty magical power to lay his evil to rest. Kundun was sealed by 10 Sealing Stones, which were scattered across the Continent of MU. Lemuria used Antonias to abuse his power to obtain these Sealing Stores in order to complete the resurrection ritual of Kundun. This act of deception ultimately destroyed the entire continent.

The Seal of Etramu, used to resurrect Kundun, was once again dismantled by the beast, and scattered across the continent once more. This time, the Sealing Stones would be in the hands of Kundun's many armies. Now, 2 years after the matter, Kundun defiled the continent with his touch. Amidst the chaos, all have lost faith and control only showing fear or bloodshed. Kundun released his rage merely as vengeance of his long confinement. Quickly, MU became home to Kundun's minions and the evil of his reign befouled all that was once pure. 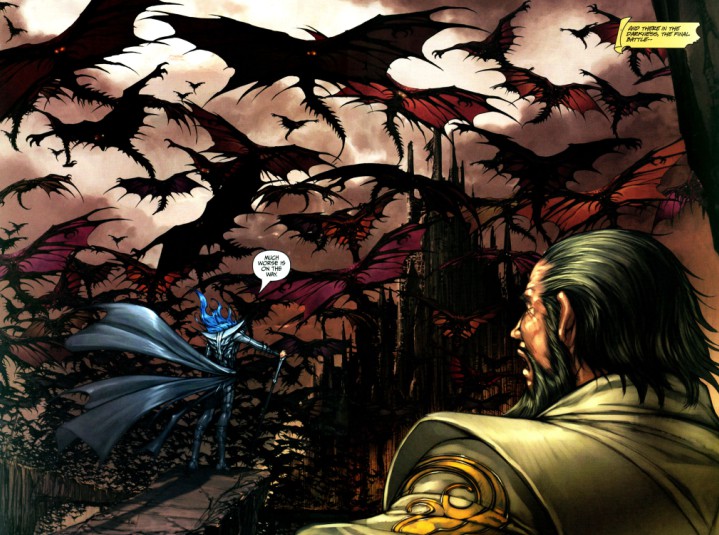 Nightmare's Day, a passage from the Great Prophecy, had indeed come true. It was no longer merely the words of days gone by, but the history of an inevitable society. Wise men began their studies anew, focusing on the Secromicon's words. With much study, hope and longing for the rays of light, mentioned within the writings of the Secromicon, became the faith of the decaying society. 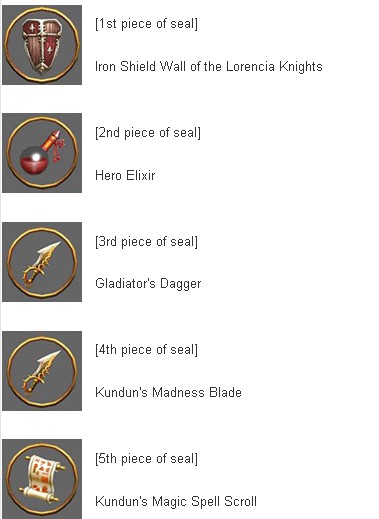 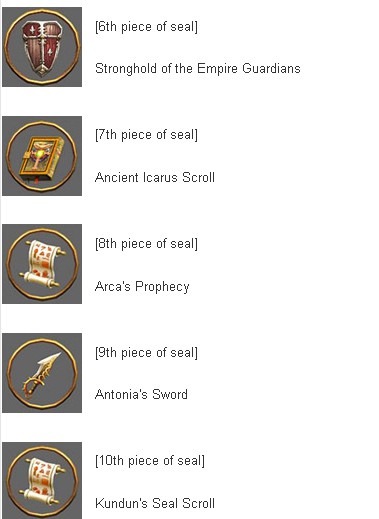 The rays of light, mentioned in the Secromicon, speak of the ritual to seal Kundun away. It is the last hope of MU. With the power of the Seal of Etramu, the very seal which maintained Kundun's imprisonment, one can surely return peace to the land once more. Gathering the 10 pieces, now in possession of Kundun, will be a difficult task. It is told that the 10 pieces were scattered into Acheron, the mysterious island of elemental monsters. Help collect the 10 pieces, seal away Kundun, and you'll earn your right to bear Archangel Weapons, the most divine weapons crafted from the Guardians of MU. It is time for one to become a true hero!