Chaos Castle is the arena of the Gods. There is no better place to test your strength. Here, players can battle to the death, against other players and evil underwold warriors, for prestige and prizes! There is no penatly upon death, nor for killing another player, in this Mini-game. 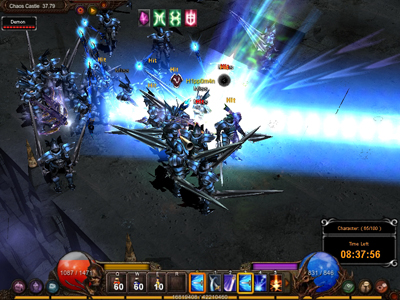 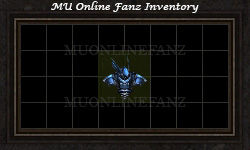 *the timer loses sync after awhile; refresh page for accuracy.
Game lore...
Chaos Castle is a battle field which was created by Lugard, the God of the Heaven World, and Secrarium, the God of the Underworld. Its purpose was for the balance of good and evil in the world. Over time, the participants began favoring with Lugard, and the balance of power in favor of himself. To restore this balance to the battle, Secrarium offered Lugard the suggestion of a requiring participants to wear Armor of Guardsman during the battle. Lugard accepted the offer, aggreeing it was fair.


When killing monsters in Chaos Castle, there is a pretty high chance the monster will drop either a Jewel of Soul or a Jewel of Bless! Below shows the max amount of jewels that will drop for your character during the minigame. However, you should keep in mind that you can steal other character's jewel drops by killing them before they can pick it up! Once the item ownership ends, it'll be yours to grab!


The mini-game will only end if all participants die, or if someone manages to survive all other monsters and players! The last character standing will win rewards as follows!