Messenger Of Archangel offers entry into the Blood Castle Mini-game. Speak with him in Event Square in order to enter the Mini-game!
*Data generated 02/02/2023 © muonlinefanz.com
Entry requirements:

*the timer loses sync after awhile; refresh page for accuracy.
Game lore...
One of the strongest warriors in the Continent of MU, the Guardian Archangel, has secretly been laying watch over the lands that he has sworn to protect. Since Kundun's awakening, the Archangel has been warding off all the monsters trying to invade the Continent of MU. But alas, the Guardian Archangel could not fend on his own forever; Kundun's army has invaded his Castle and has overcome his strength. Guardian Archangel, injured and in peril, summons forth the warriors of MU to come aid him in his most dire time of need. Unable to recover his injuries, and unable to regain his strength without his Divine Weapon of Archangel, you have been asked to infiltrate this, now over ridden, bloody Castle and retrieve his weapon for him. To succeed, you'll fight past the bridge and force entrance into the castle gate. You'll have to slay several monsters inside the Castle, obtain the Divine Weapon of Archangel, and return it to him to complete his request. However, only with the Cloak of Invisibility will you be allowed onto the Castle grounds. 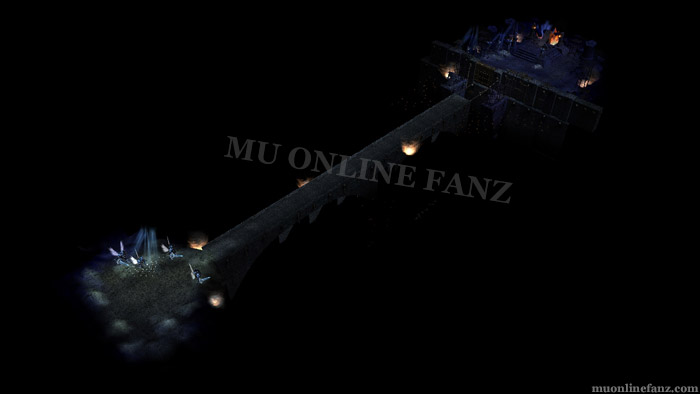 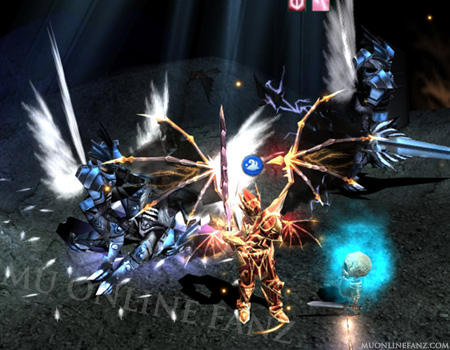 By earning additional Event Contribution, a character can increase the Mastery Box reward amount. Mastery Box is only rewarded from Difficulty Level 2 and higher. 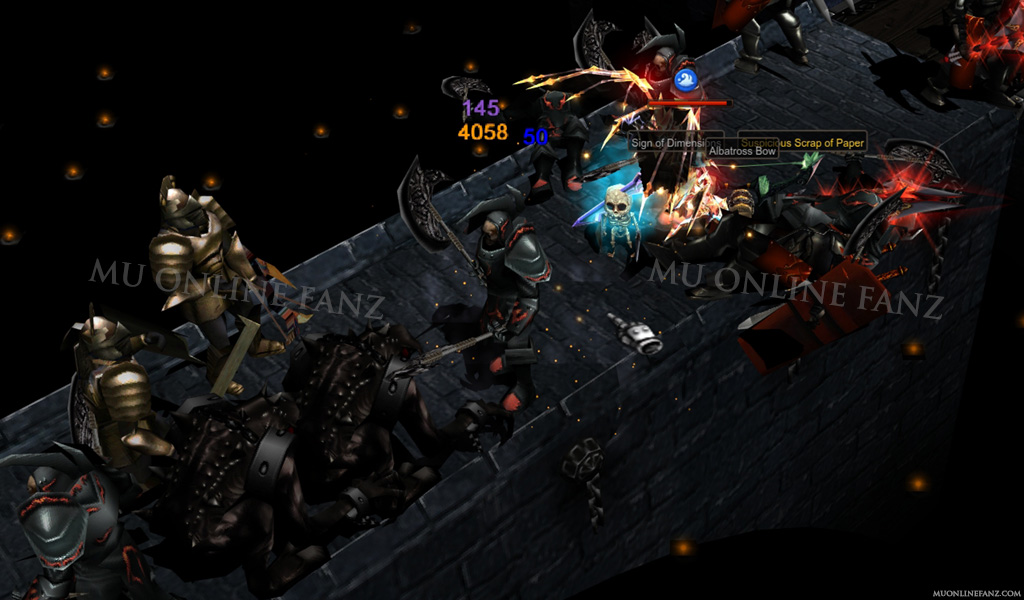 
EXP is earned as a reward if the mini-game is successfully completed. The amount of EXP earned is based on you or your party's contribution to completing the event.
Destroy the castle gate:
Destroy the spirit statue:
Return the Absolute Weapon:
Time completion bonus:
Page updated July 27, 2022 || b2022.12.18.002