The Arena is host to the Battle Soccer mini-game! Sadly, this mini-game was discontinued -- leaving the map mostly useless. The rest of the map has no monsters, but it can be used for player-vs-player combat.
#NPC List
Discontinued map 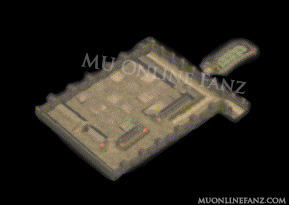 
This is a list of all NPCs which are located in this map. 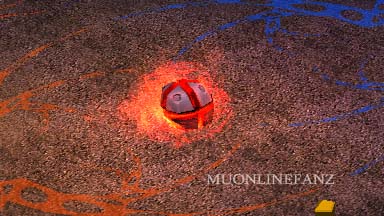 Appears in the Battle Soccer mini-game. When you attack it, it moves a few tiles in the direction of the attack.
Advertisement:

(x30,621,418) page views
Copyright © izaktly
All Rights Reserved
*WEBZEN IP, game content, and materials are trademarks and copyrights of Webzen Inc., and its Licensors, and is used with permission. © Webzen Inc. All rights reserved. The MU logo and the Webzen logo are trademarks of Webzen Inc.
Our website is made possible by displaying online advertisements to our visitors.
Please consider supporting us by disabling your ad blocker.
Build 0.0.0.001